I've embarked on my hardest and most fun adventure ever. I'm going to implement my own deep learning framework. I know most people will call me crazy. But I think this is a challenge that was long coming and I finally got around to it. Wonder why? Read on.

So why on earth would I implement my own deep learning framework? There are plenty of good frameworks available in Python and even in C# there are implementations that work good enough. For one thing, Keras is an awesome framework that you simply can't replicate in a few days.

There are two reasons why I want to do this:

After two days of thinking, breaking code and putting together designs I must say that it is indeed a challenge. A very hard challenge even. One of the toughest things I've ever done on a computer.

One of the reasons that it's hard is because I have a very specific design in mind for my library. Basically, I want you as a developer to be able to build neural networks like this:

Sounds simple enough. But there are a few constraints that I have put in place:

These constraints require me to use the following architecture:

You build the neural network as a symbolic graph with layers, losses, optimizers and metrics. The library than takes your definition and compiles it for CNTK or Tensorflow as needed.

The goal here is that you don't have to worry about the fact that it is running on either of these libraries. You can experiment freely with your neural network to find the optimal solution. Neuromatic will take care of any stuff that needs to be done under the covers.

This sounds much like what Keras does for Python and I'm heavily inspired by them to be honest. I think Keras is awesome because of the freedom to choose a backend and the speed at which you can experiment.

How is it going to work under the covers?

Basically Neuromatic works internally with a model compiler. This compiler will take all the layers and compile them down to instructions in Tensorflow right now. I used the visitor pattern to compile each of the layers.

When you call the Compile method on your model with a specific backend, the backend is fed with various instructions to build a syntax tree.

To the model, the instructions are the same for both CNTK and Tensorflow. The backends however provide specific implementations of these instructions that they understand.

I've made sure to make the instructions the same for all backends, so that I can build procedures such as back propagation just once while leaving the execution up to the backends.

It's harder, because I need to spend more time planning the instructions and the way they are handled. In the long run however I think it's a good investment, as the whole library becomes more extensible.

So far, my plan works out. It's a lot of work to implement the first layer type, the Dense layer. But now that I have some ground work done, things are speeding up rapidly.

The plan for the next week

This week I'm planning on building a very basic version of one layer (the Dense layer) and complete an initial version of the back propagation algorithm with Stochastic Gradient Descent. That way I can verify that my architecture works and that the backend implementation is solid enough.

The week after that I want to spend some time on completing the end-to-end scenario for feed forward networks. Which is still a lot of work.

After that I want to move on to convolutional networks and refine some of the engine bits and take a look at the performance of my code. It shouldn't be too bad, but I don't know for sure until I profile it.

Get in on the action!

Want a sneek peak at some very geeky stuff? Check out my github repository: https://github.com/wmeints/Neuromatic

There's even a wiki on there with some initial documentation. 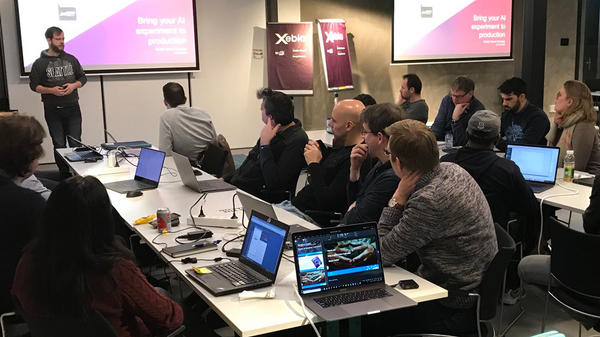 How do you start with AI when you're a developer and have no idea where to begin? Organize a workshop for your colleagues and challenge them to start exploring machine learning. I certainly learned a ton while organizing the AI learning experience. It was a lot of fun. 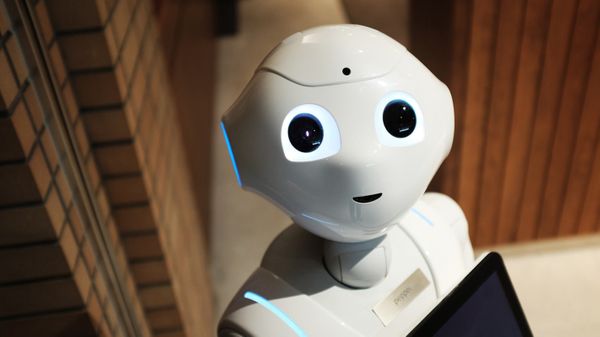 Bot builder from Microsoft has been around for a couple of years now. During Microsoft Build 2018 a preview of version 4.0 was launched with support for more languages. Previously you could only build a bot in C# or Node. Now you can build one in Java too. Here's how.